by John Ludi and Greg Kutcher (as Soft War) 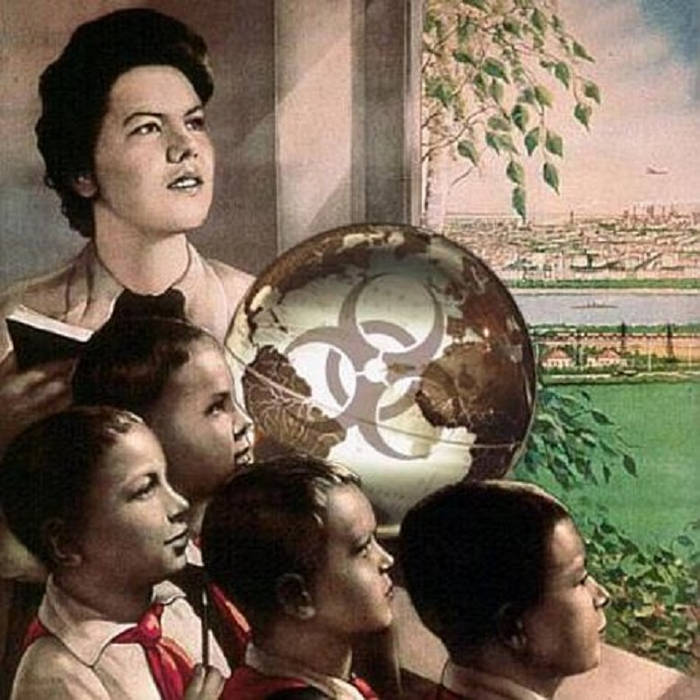 Soft War was born in 1984 when singer/multi-instrumentalist Tim Z* (now known as John Ludi) joined a Detroit-based band named Gon Moros that had recently lost it’s lead vocalist. Musically, the band could have been best described as a blend of the Smiths and 80’s era King Crimson and Ludi felt that it had great potential as a musical canvas to work with lyrically and melodically.

The band soon changed its name to Soft War within a few months of Ludi joining the group and proceeded to play a generous amount of local shows, later expanding into the Midwest, Near-South, and a bit of the East Coast. Soft War also recorded several projects, some of which met with a warm critical response and a fair amount of college and independent radio airplay.

After a time, the usual rock musician issues reared their heads. There were various membership changes, but the core three members who defined the sound of Soft War remained the same: Greg Kutcher on guitar and vocals, John Dennis on drums, and Tim “Eldair” (Ludi) on vocals and rhythm guitar.

The sound of the band became progressively more strident over time, in some ways anticipating the Grunge trend by several years with songs that featured abrupt dynamic changes and Pixies-like intensity.

One of the core essences of the band was the songwriting. Kutcher and Ludi became a veritable songwriting factory, in some way echoing the classic songwriting duos of the 60’s and 70’s.

Time marched on, as it will. Despite the overall quality of the songs and the band’s generally decent ability to pull the material off live, fleeting brushes with opportunity came to very little by the time Ludi decided to leave in 1989.

After Ludi left, the band marched on with the new name Trust Fund, Greg taking over the lead vocalist role (along with his wife Diane Kutcher-Wilson and several changes of bass player).
Ludi moved to Minneapolis and began to record a great many projects on his own, though he greatly missed the incredibly fruitful collaboration with Greg and never found any collaborators that could equal their combined quality.

After 14 years of working separately, Greg and Ludi got back together when an unfortunate series of incredibly foolish life decisions forced Ludi to move back to Michigan for several years. Greg and Ludi decided that it would be interesting to try recording together again, to see if the “magic” still existed.

Apparently it did, as this album will attest.

Both Greg and Ludi are immensely pleased with how this album has come out. It remains to be seen if the listening audience feels the same, but whether or not they do they are proud of this accomplishment and are likewise proud to present it to you.